After getting as quickly as possible to Vilanova and spending a week in an apartment (I know I know, a bit early for a break from caravaning), we hit the road again and travelled 300 km South to Valencia.

The initial plan was to head inland into the Zaragoza area, but the weather turned on us so we decided to stay on the coast and head to Valencia for a few days. That's the nice part of not having a concrete plan.

We are staying at Camping Valencia el Saler which suits us well. The pitches are nice and since there are a lot of permanent campers which have not arrived yet, we have a lot of space as well. There is again no toilet paper, but it might as well turn out to be a common theme here in Spain. By now, I have stashed some emergency paper in all major pants and jackets. Just in case :-)

Since we are staying for a few days, we also get for the first time some taste of the camper life combined with some actual activities and sightseeing. Nice. There is still an awful lot of time spent on various chores, but that's a topic for a dedicated post. Today was packed with tons of activities.

First we visited the Parque Natural de la Albufera, a famous breeding ground and sanctuary for migrating and indigenous birds. They have a nice observation centre where one can get really close to some of the birds. This, together with the fact that there was a cool multi-stage geocache in the park, made the visit a big hit for the kids.

Next up was lunch at El Palmar which they say is the cradle of paella. In this little village every second house is a restaurant, literally. We ate at Restaurant El Sequer de Tonica which had a really good paella. They also allowed us to take Ronja with us which gave them big bonus points on my books. Spain is not necessarily so friendly when it comes to taking dogs into the restaurants (but what it means travelling with a dog in more detail is again a topic for another post). 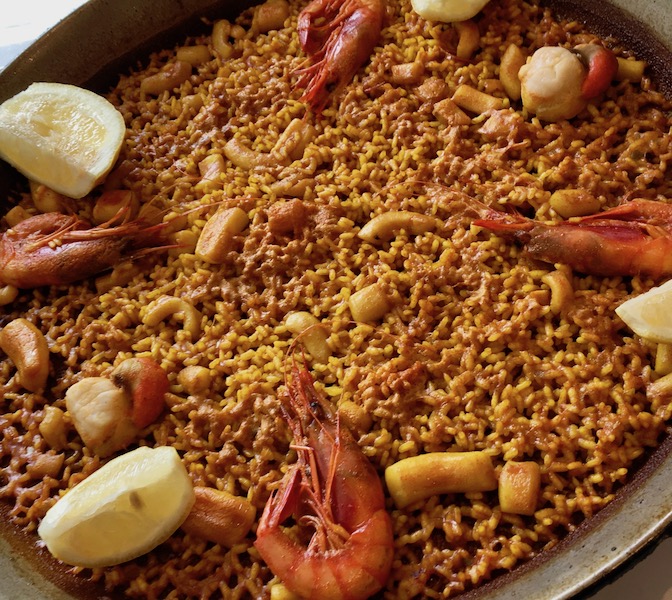 Really awesome paella. The key is to have just a thin layer of rice so that you get the so much desired socarrat, as well as only selecting a few good quality ingredients. After all the rice is king in this dish.

Last but not least, we headed to Valencia to visit the Gulliver Park, a cool kids playground. 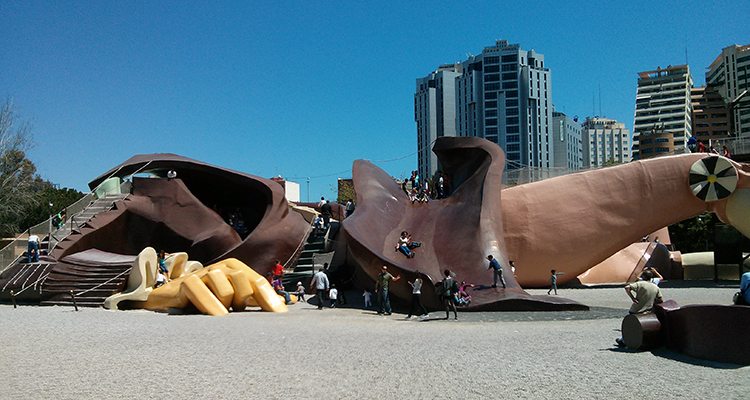 Unfortunately, the playground was closed due to strong winds. Something I have not mentioned so far. The thermometer might show 15 to 20 degrees celsius, but this does not take the wind into account which when at open spaces almost gives you wings. Word has it that, that we need have to return to the playground tomorrow unless we risk our first own mutiny.

On a side note, Kira seems to have found her mission in life, collecting shells. She is very determined when on the hunt (pictures are from Vilanova, but even in Valencia collecting shells is always high on the wish list of things to do): 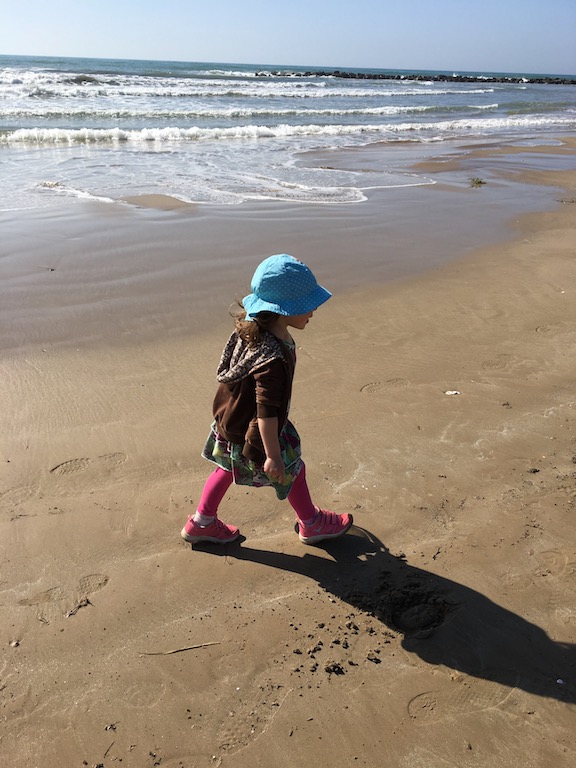 Come on, Papa, why are you so slow? 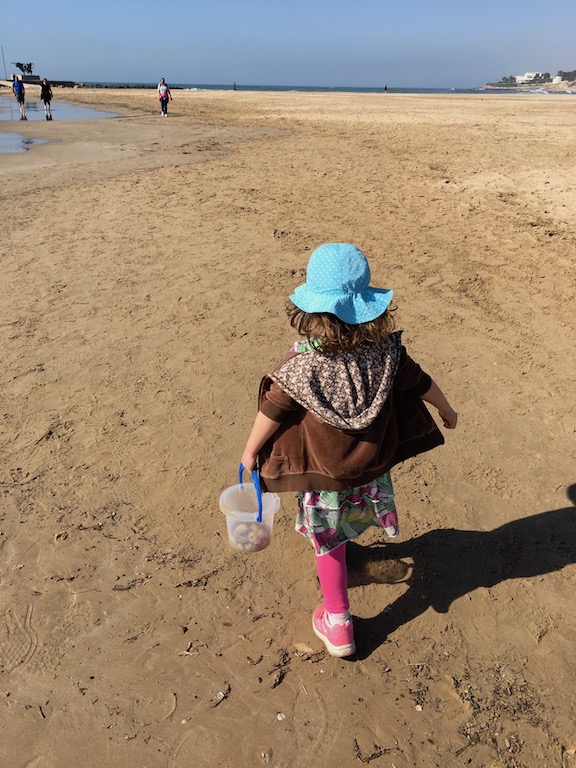 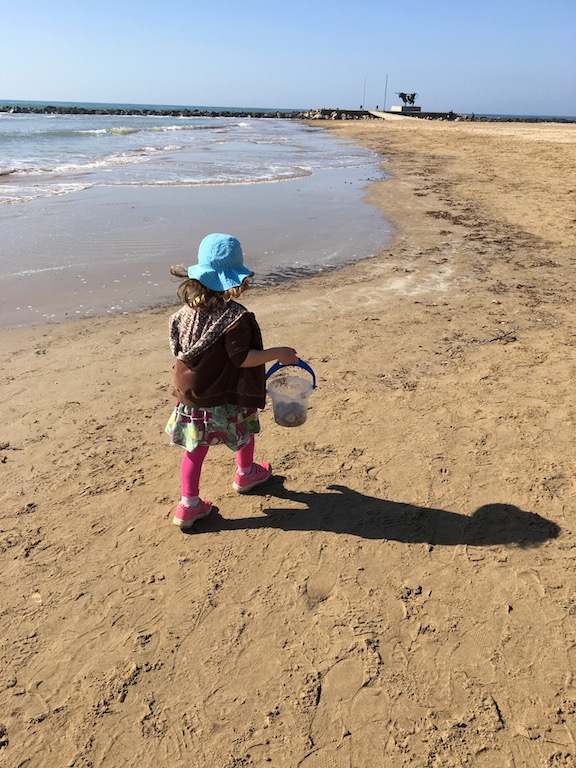 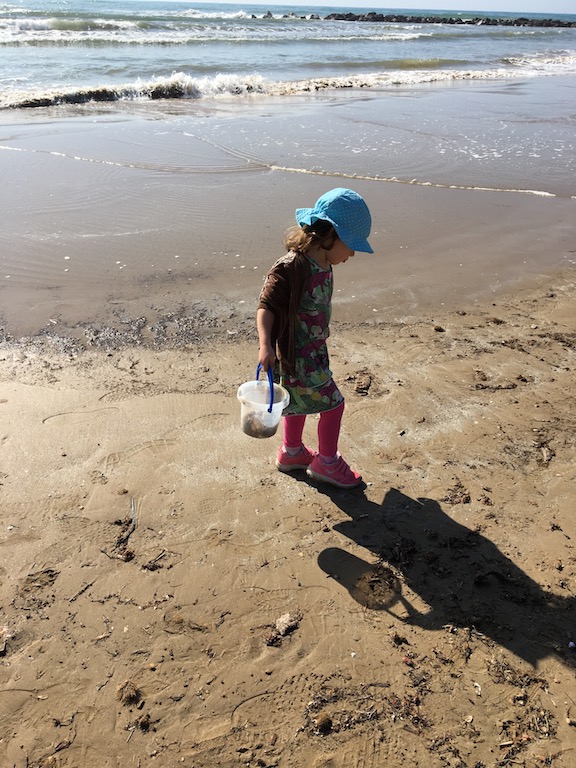