As part of our stay in the Picos de Europa, we also wanted to do a hike as a family. We initially picked the Lakes of Covadonga since they are supposedly easy to access and offer a flat walk around. The problem was that the road from Covadonga up to the lakes was closed. One had to take provided buses to get there. The ride was 9 EUR per adult return. Not sure how much we would have had to pay for the kids, but the actual deal breaker was what they wanted us to do with Ronja. Dogs were not allowed on the bus, but we "could" have put her into a cage and then into the storage room of the bus for a 30 minute ride on a windy mountain road. In my opinion, this borders on cruelty to animals. We were offended to even hear about this option. In the end, we spend some time in Covadonga looking at the churchand then headed back to our campground.

Tip: If you want to get to the lakes in high season and you have your dog with you, your best option is to arrive before 7:30 am or after 9 pm where the road up the lake is open. Only in the hours in between the buses must be taken.

After the failure to visit the lakes, we contemplated hiking from Poncebos to Bulnes together, a route which is a part of the longer and more famous Ruta De La Reconquista. Initially we were concerned that it might be too hard for the kids, but some people we met at the campground who also had kids and knew the area told us that we should be able to do it (and there would also always be the option of taking the Bulnes Funicular at least one way).

In the end, we decided to give it a go. By 11:30 am one morning we started the walk from Poncebos up to Bulnes via the Canal del Texu. The hike is about 4 kilometres one way and is signposted with 1 1/4 hours. In the end, it took us 3 1/2 :-) It was a sweltering day, and we needed to take several breaks to eat and drink, but also to cool down via some refreshing skinny dips in the river. Well, the kids did. Anna and I got cold feet just putting our pinky toes into the water. Milo, Kira and Ronja had a ball though playing in the cold mountain river.
With the help of a lot of pep talking and some carrying, we all arrived in Bulnes and had some lunch and enjoyed a well-deserved ice cream. 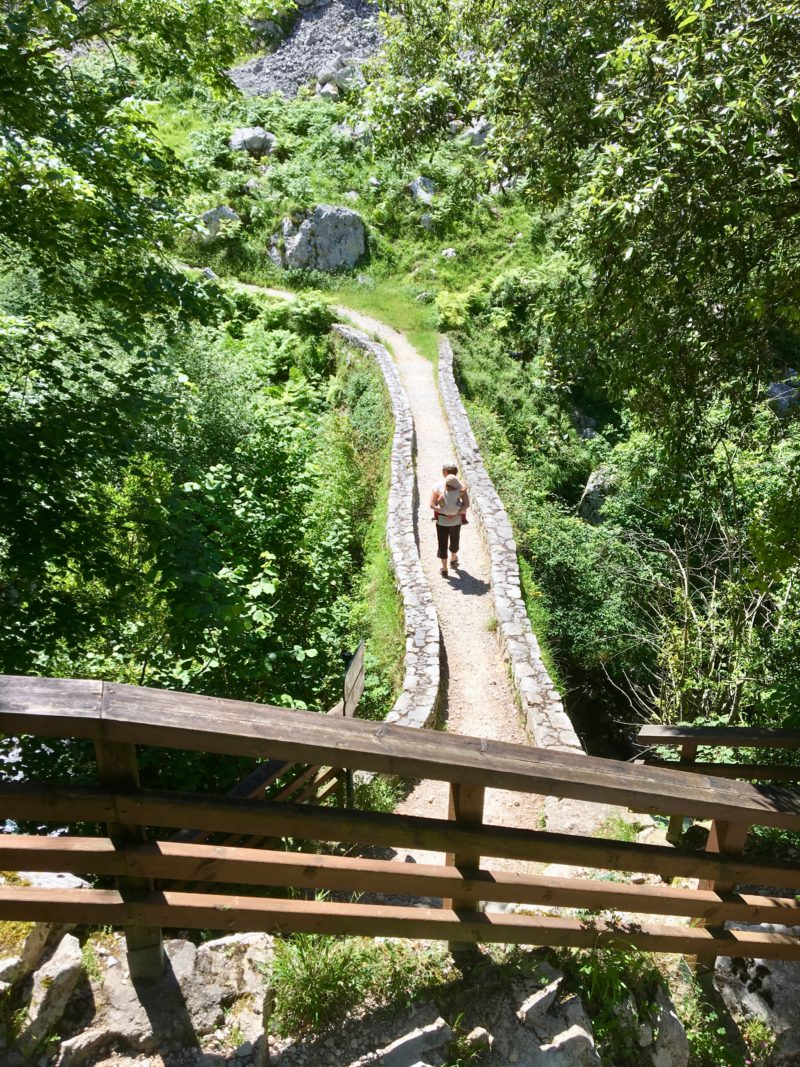 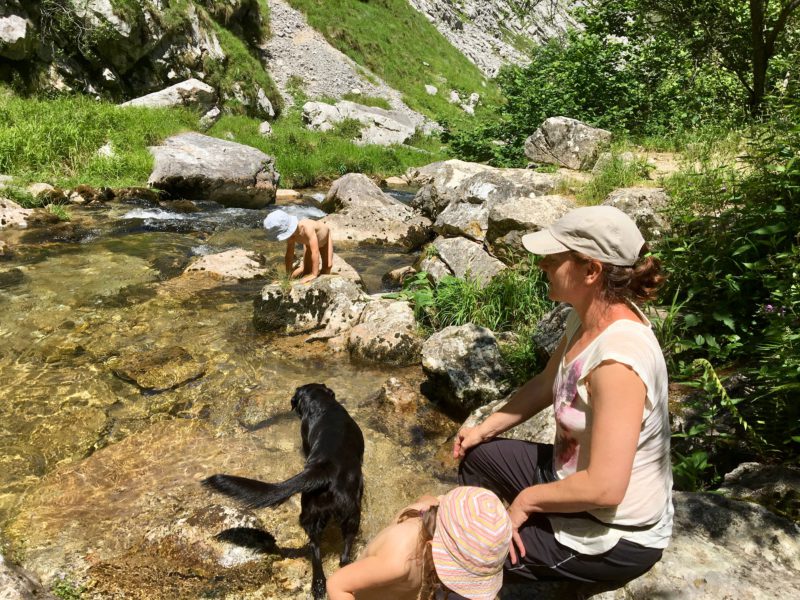 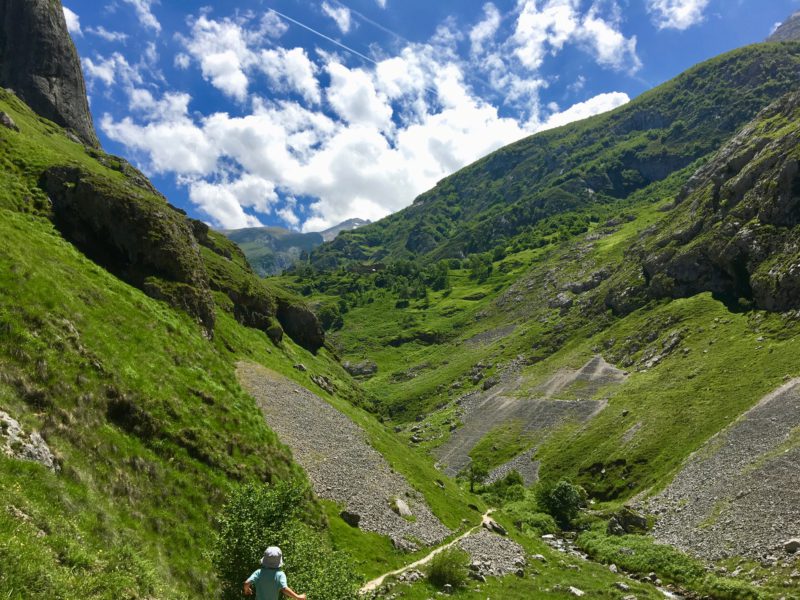 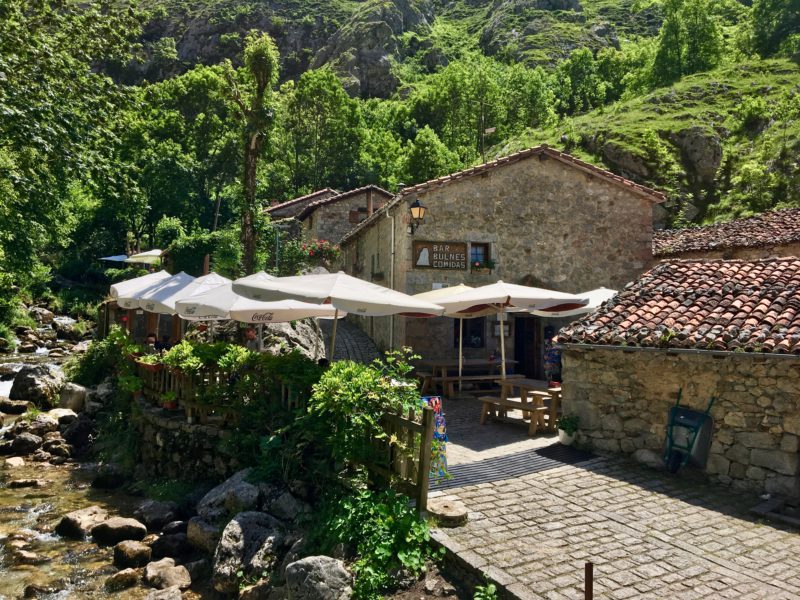 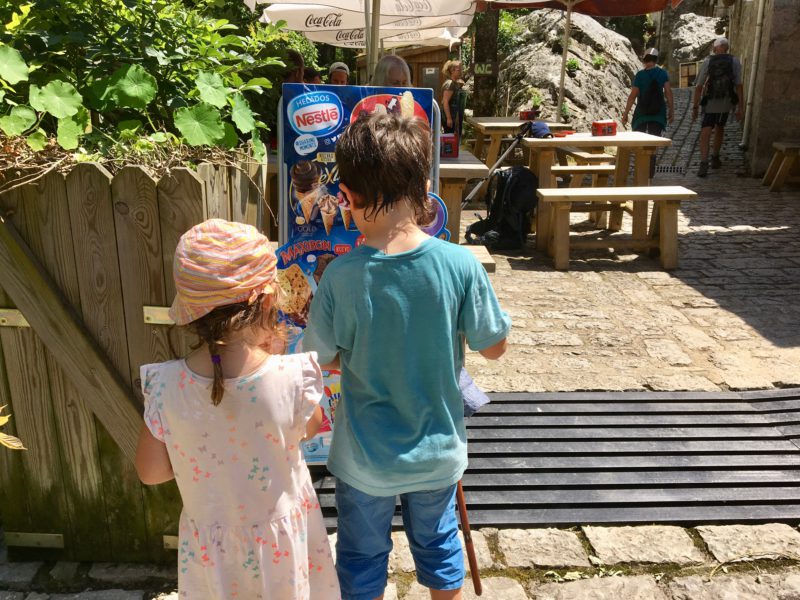 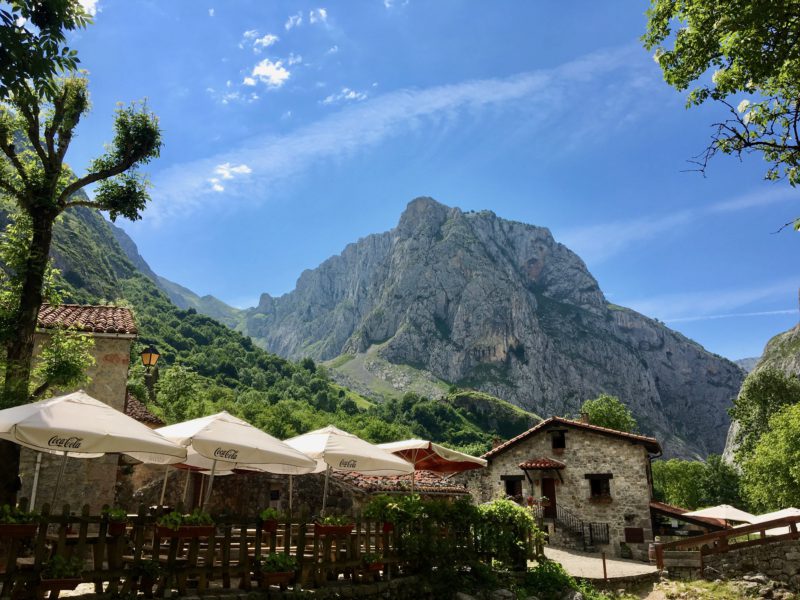 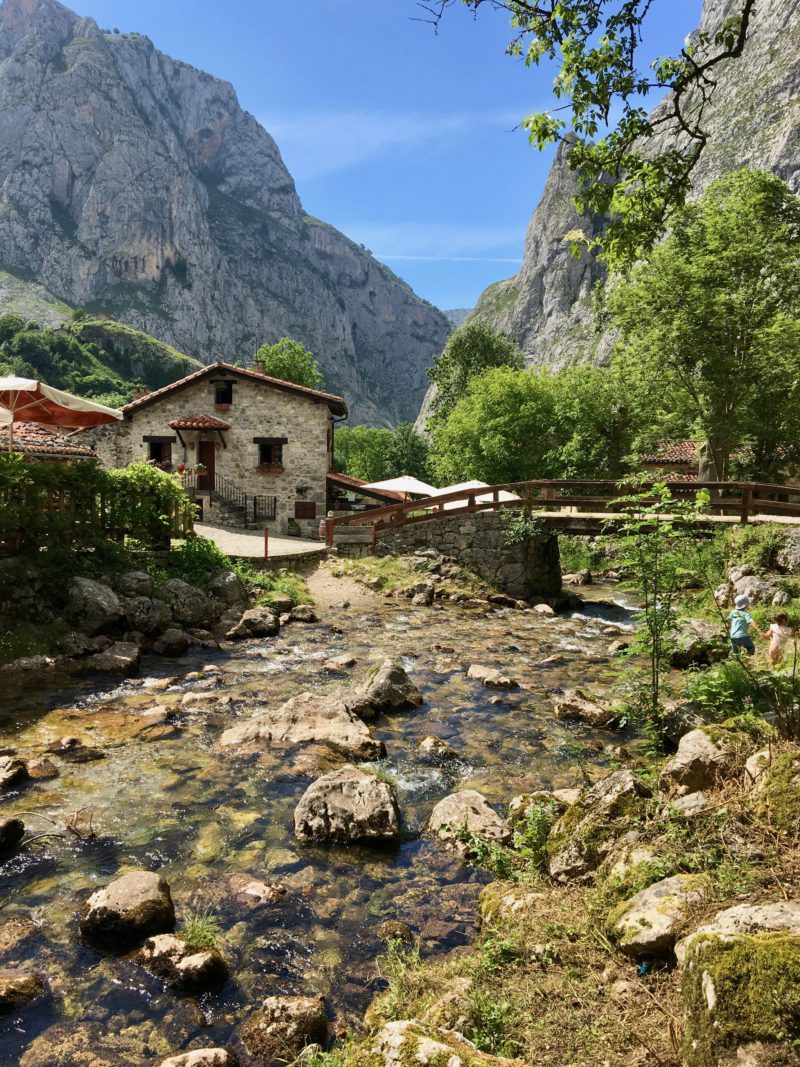 Anna walked back with Ronja while the kids and I took the funicular. The kids were tired and even though not dangerous, the hike downhill might have been actully harder for the kids due to the risk of slipping. The funicular has a quite hefty price tag of 17.61 EUR one way for an adult. Kids above four pay 4.32 EUR.
Despite the price, there was, as usual, the problem of taking dogs. Ronja could have taken the funicular as well, but only in a cage. 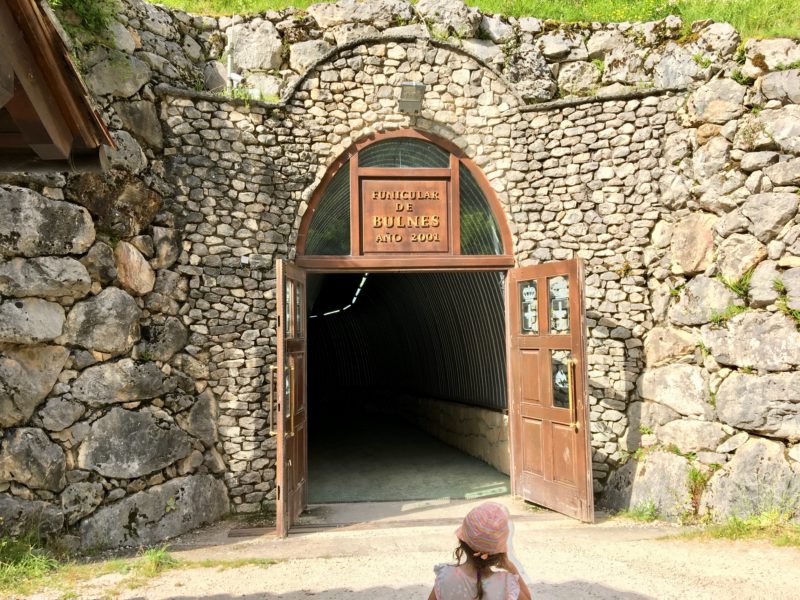 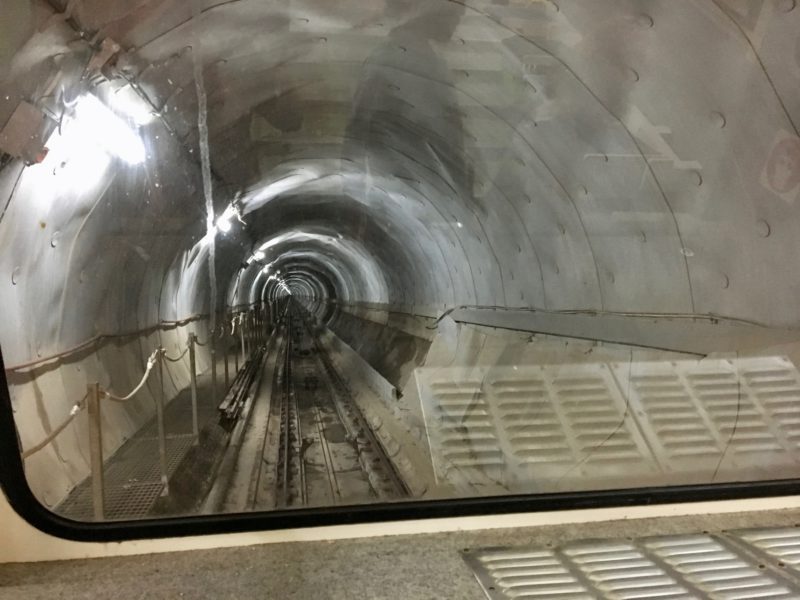 In the end it was an amazing day for the whole family with heaps of fun and Anna and I were really proud of our small little mountain goats.