After Cabo da Roca we are visiting another "end of the world", the Cape Fisterra Lighthouse. In Roman times it was believed to be the end of the known world. It is sometimes said to be the westernmost point of the Iberian Peninsula. However, Cabo da Roca is about 16.5 kilometres further west, and even Spain has a more westerly point, namely Cabo Touriñán.
Despite all of this it is Cape Fisterra everyone pilgrims to, literally speaking, since the cape is kilometre 0 for many pilgrims on the Way of St. James. We content ourself with the short stroll from the town of Fisterra out to the lighthouse. In total about 3 kilometre which is manageable with the little ones. The walking path runs next to the car road and is not ideal for a relaxed walk with kids, but the reward of reaching Cape Fisterra is well worth it. There are beautiful views over the coastline and the Atlantic, and there is even a little Cafe for a short break.
We had some funny weather that day and a bit of rain while walking to the lighthouse. Once there we have rain clouds to the South and blue sky to the North. Pretty cool. Overall I liked Cape Fisterra much more than Cabo da Roca. Sorry Portugal ;-) 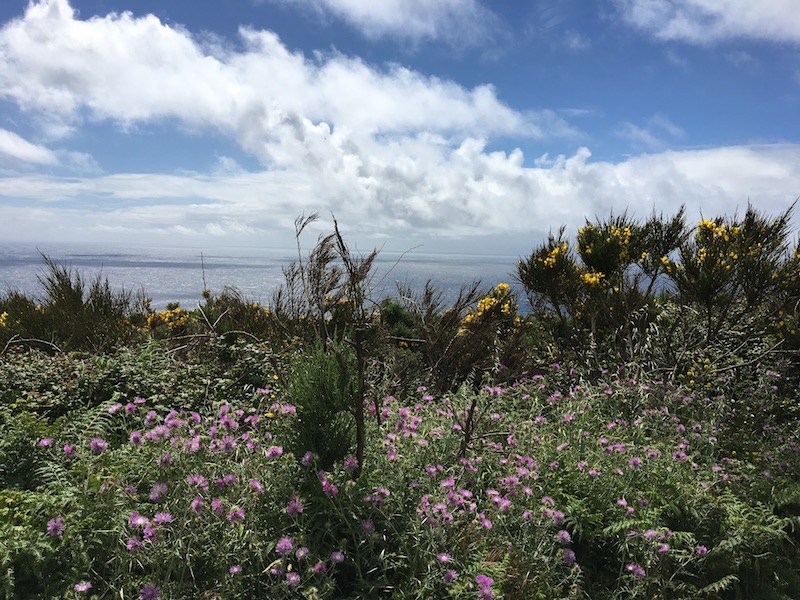 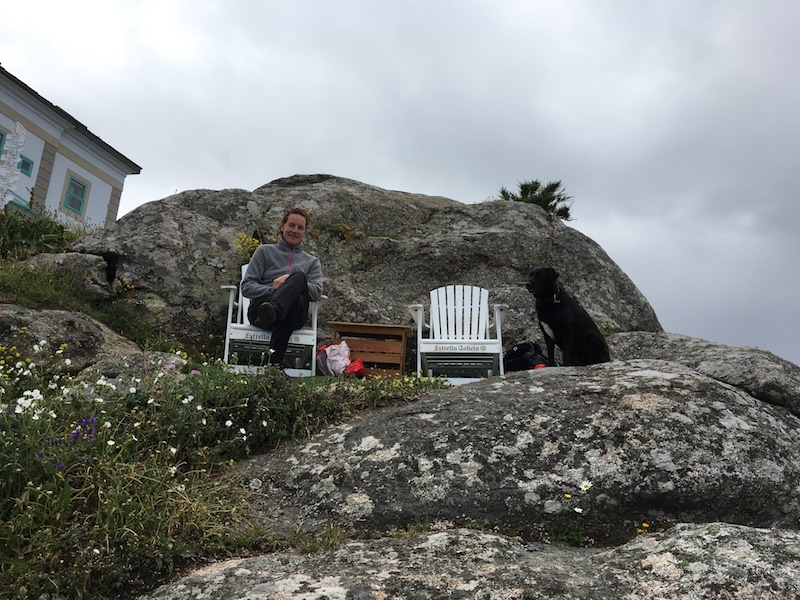