We entered Lisbon via the 25 de Abril Bridge and I told Milo that we now were crossing the Tagus which flows here into the Atlantic. 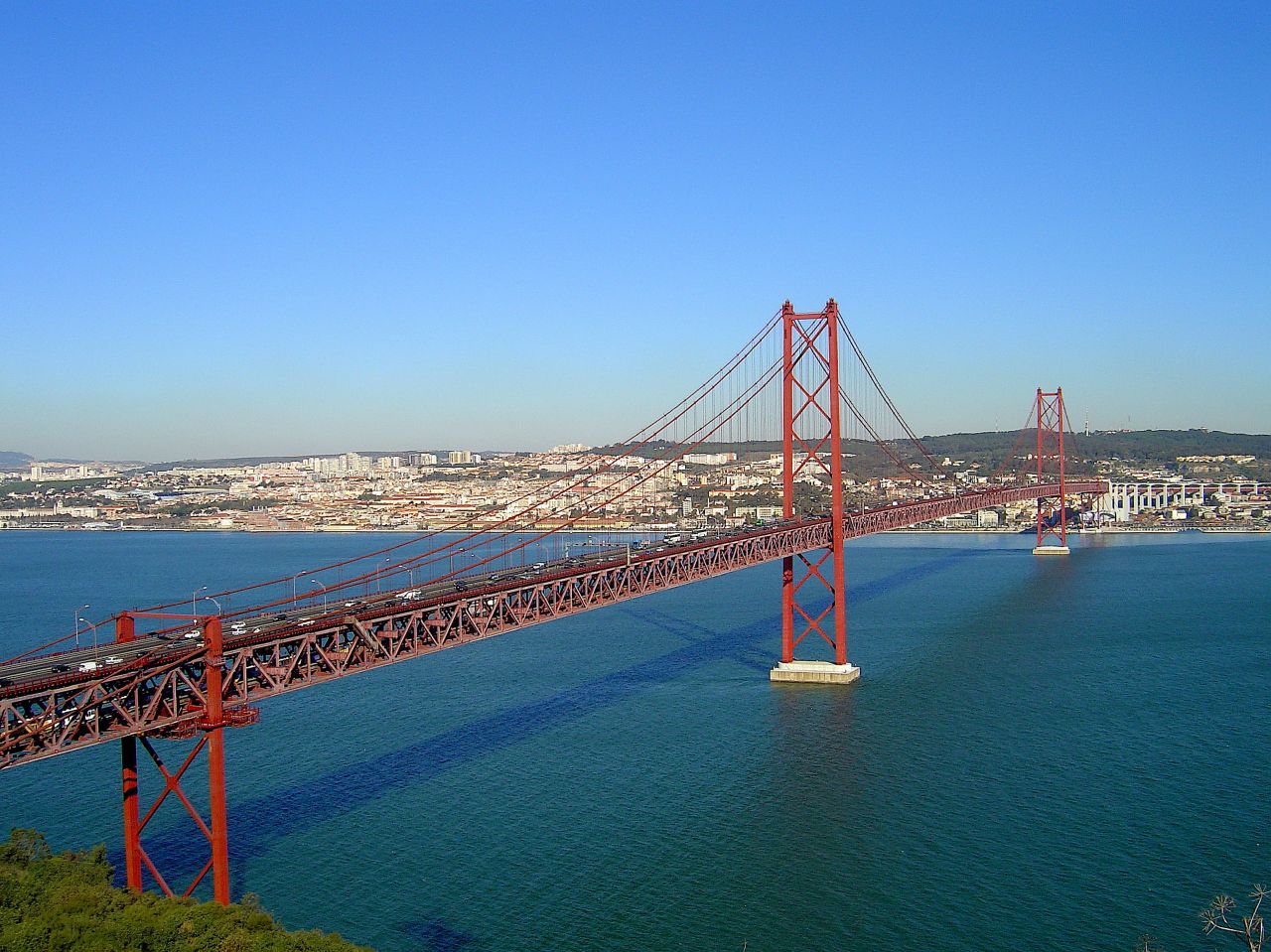 His response kept me and Anna baffled for a while. "Do you see my stick?" It took us a while to figure out. This was namely not our first encounter with the Tagus, the longest river on the Iberian Peninsula. We had met this mighty river before in Toledo as well as the Monfragüe National Park. 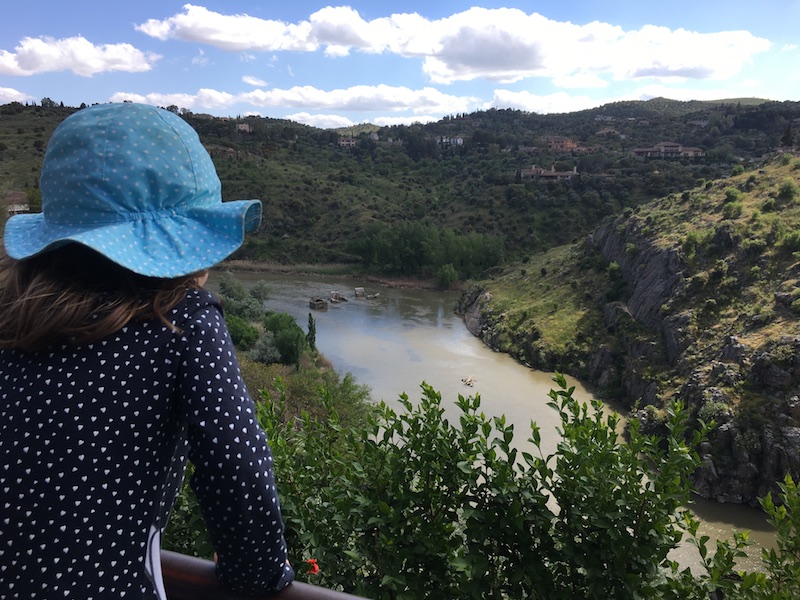 Kira looking out over the Tagus in Toledo 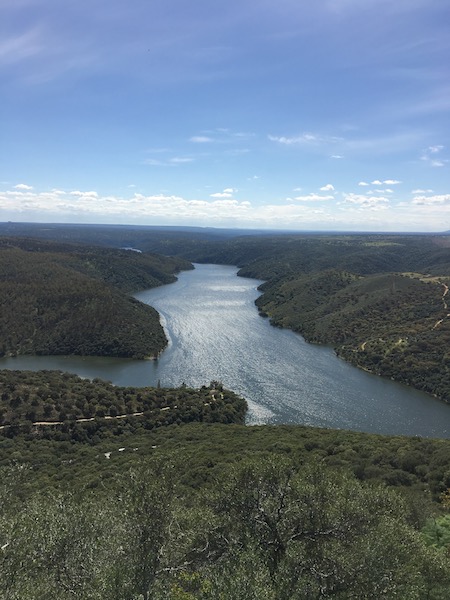 But as it turns out we have met the Tagus, or more precisely a tributary of it, even much earlier, namely in Villar del Cobo the little mountain village where Anna found her distant relatives. 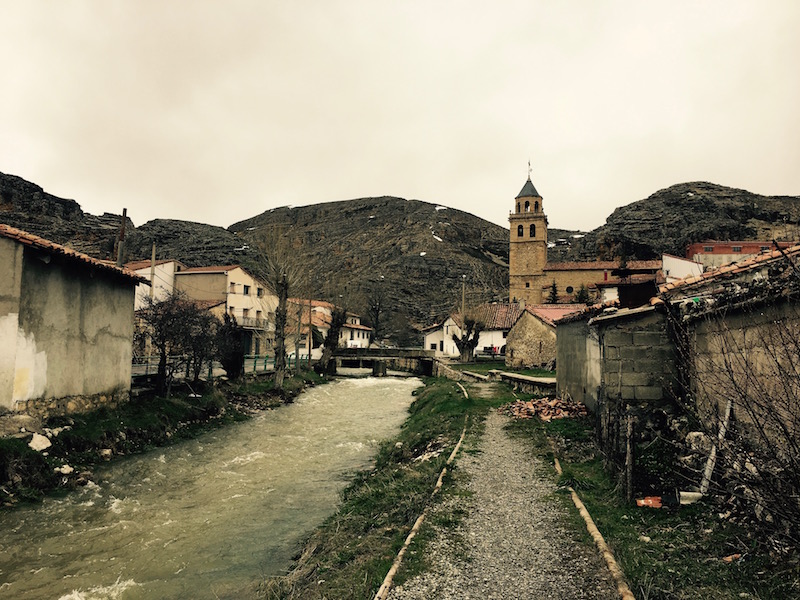 There as a pastime while Anna was talking to her cousins, Milo and I were throwing sticks into the water and were running after them until they disappeared. Milo wondered where the water was going and I explained that small mountain rivers would combine with bigger rivers and eventually all flow somewhere into the ocean. Later Anna told Milo that the river in Villar del Cobo was a tributary of the Tagus. So when Milo asked:"Where is my stick?", he was just putting two and two together. We had a good laugh once we figured it out. I just wish we would have also seen his stick ;-)

The Tagus has played some sort out connecting theme of the first part of our journey through Spain and Portugal, without us even conciously knowing about it. Tomorrow we are leaving Lisbon and I wonder whether and what new theme will emerge for our upcoming adventures ...