In my blog post "Where is my stick" I recently described how everything seems connected and how for example the Tagus played a connecting role in our journey. While visting Nazaré, one of the most popular Portuguese seaside resort on the Silver Coast (Costa da Prata), I found another interesting connection.

According to the Legend of Nazaré, the town derives its name from a small wooden statue of the Virgin Mary, a Black Madonna, brought by a monk in the 4th century from Nazareth, Holy Land, to a monastery near the city of Mérida, Spain. The statue was then brought to its current place in Nazaré by another monk, Romano. The monk became a hermit and lived and died in a small natural grotto, on top of a cliff above the sea. After his death and according to the monk's wishes, he got buried in the grotto. The Black Madonna remained as well in the grotto on an altar.

Now, the funny thing is that we actually spend ourselves a few days in Mérida on our way to Portugal. Here we go, another connection :-)

Today Nazaré is famous for something else, the big wave surfing competition. 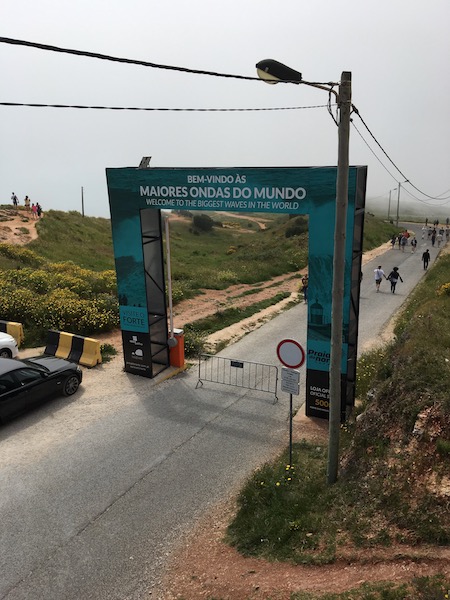 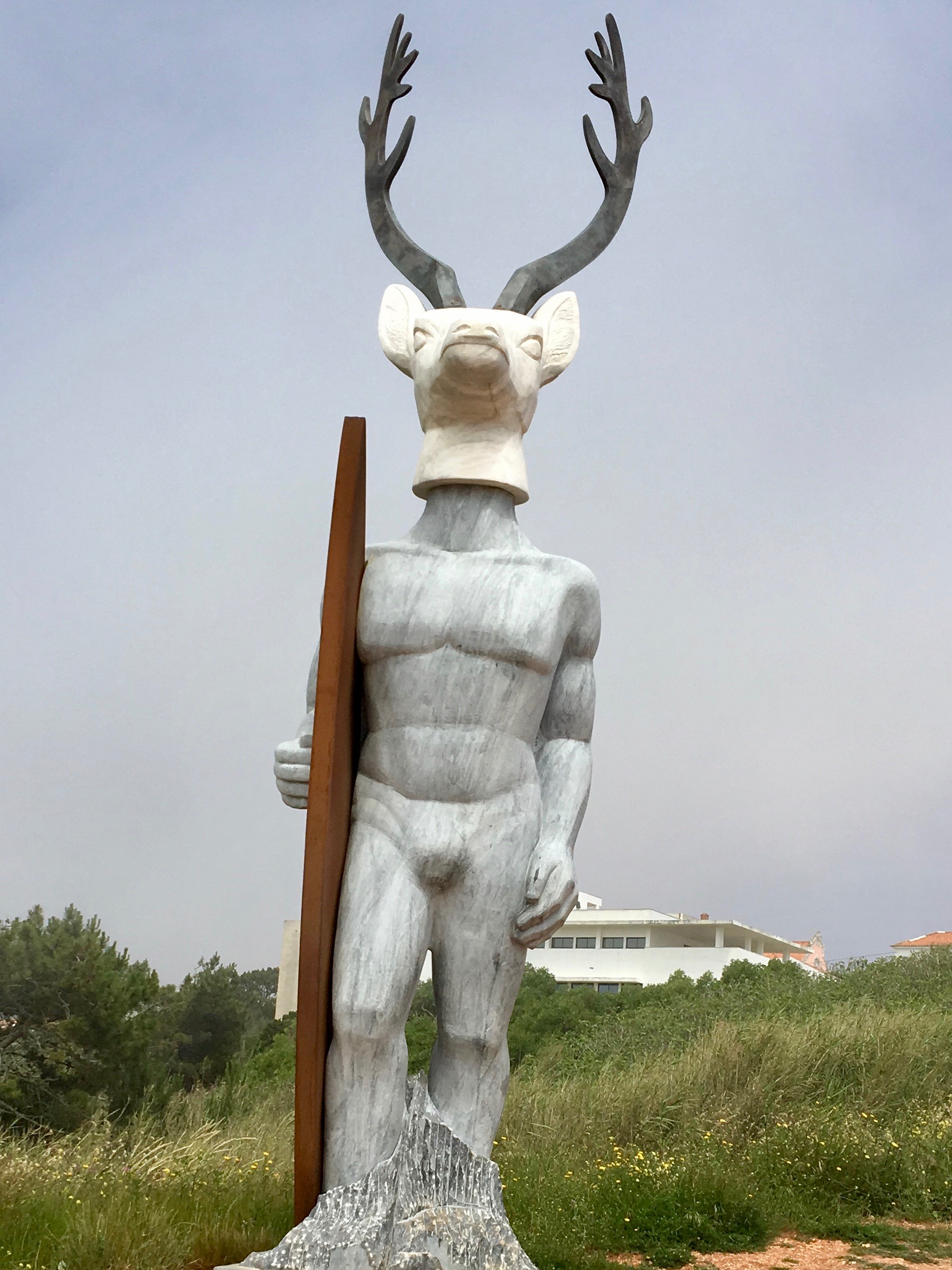 Modern statue combining the legend of Nazaré with surfing

In case you are wondering what "big wave" means, have a look at this video. Let's hope the Madonna is looking over these crazy guys!